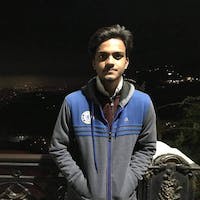 Its been a long long time since I wrote any post on this one. So lets get back to the topic

Lets First See what should be the Basics on which you should choose a Programming Language.

#1. What are your Objective Lets assume that you want to Build a Game and for that you are supposed to do your Programming stuff in C# but you know HTML and CSS ( Website Designing Languages) then my friend you aren't able to complete your task with your current Language Proficiency.
For Building the best you must use the right tool.

#1. Python Python is Personally my favourite programming language. It's a high level language and which is globally used for Programming, Hacking, Web - Development, Desktop Applications and all.
It is Robust, Easy to Learn, and Flexible and Most importantly It's Free. It is so Popular with easy to use and Powerful that even Google use it for machine Learning.
For Web Development Django is often used by many popular Companies.

#3. C It's the first Programming Language that I think all the Users were made to learn and I hope that you must be aware of this.                It is a basic Programming language that Every Developer should learn because C is a Language which is Close to the Compiler and it is the most Powerful Programming Language with speed when compared to Python [Python is a bit slow as compared to C] it has also an Upgraded Version Known as C++/Cpp but for beginners its always is recomended to start with C and then its upon them to move to C++ or Java in my perspective after learning C a Programmer must start with Java and then C++ because after learning Java C++ will be more like revision to Java.

#4. C-Sharp(C#) It is a High Level Programming Language Developed by Microsoft also Known as Creator of Windows. It was mainly Developed for Windows only but currently in 2020 its support has been already Extended to Linux and even Mac also.
Most of the Indian Government Websites are Running on Server whose backend is written on C# only ( Based on Personal Experience ) . It's also used for Game Development (Only Programming Language to Build Games like Assassin's Creed Odyssey).

#5. Dart It's a High Level Programming Language which is Developed by Google. It was Developed for Building Web Apps, Graphical User Applications. It was then further used for Developing Mobile Apps using Flutter ( Framework ) though with Flutter you can only build Android/IOS Apps but Building IOS/Android Apps with Flutter became so easy that both the Android and IOS Apps can be built with just a Single Code Base Now with Flutter you Don't have to write code in Java/Kotlin for building Android Apps and for IOS Apps you don't have to write your Code in Swift just use Flutter(which uses Dart as a Programming language Flutter is just a Framework of Dart) and all your Problem gets solved.

and if you are already into Programming for a bit of time then you must complete the List for your best Programming carrier.

So Please do go and Subscribe to that also at coderaman07.ck.page and if you want me to start a YouTube Channel then Please Do comment Down.

And as you can already see its a Part of my Programming for Beginners Series I am also trying to write more Posts but I want to get the Beginners to reach to a Level of every Other Programmer here. So Please be Patient.